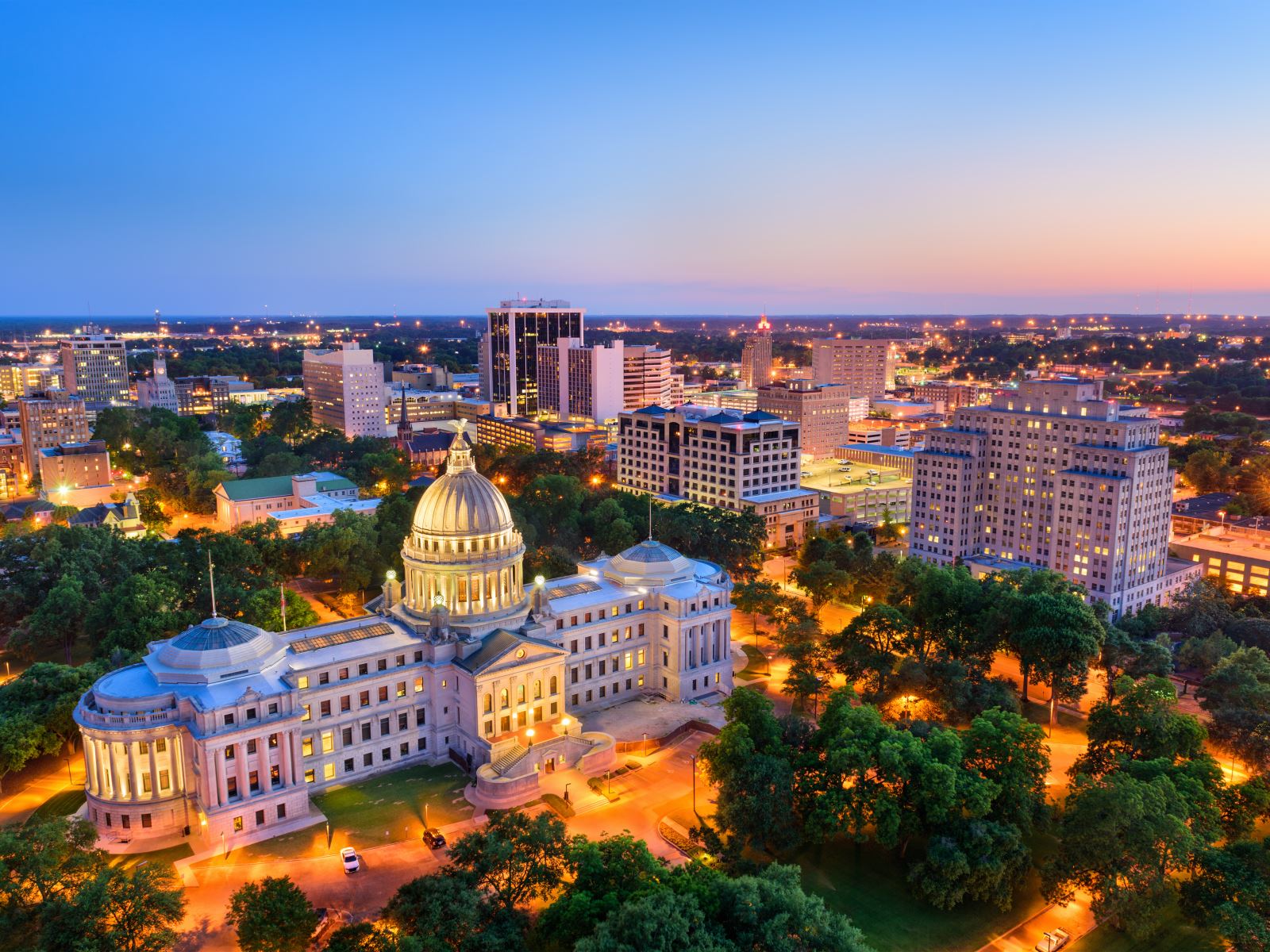 The University of Mississippi Medical Center (UMMC), located in Jackson, is the state’s only academic health science center. UMMC encompasses seven health science schools: medicine, nursing, dentistry, health-related professions, graduate studies, population health, and pharmacy. (The School of Pharmacy is headquartered on the Oxford campus.) Enrollment in all programs is more than 2,900 students.

With over 9,600 full- and part-time employees, including more than 630 physicians, UMMC is one of the largest employers in Mississippi. The Medical Center’s $1.6 billion annual budget – approximately one-tenth from state appropriations – represents 10 percent of the Jackson metro area economy and 2 percent of the state economy. UMMC continues to grow in all its mission areas.

UMMC is located on a 164-acre campus in the heart of Jackson, the state’s capital city. A $350 million construction program, the largest expansion program in the history of higher education in Mississippi, was designed to replace an outdated physical plant and add new hospital facilities. The flagship University Hospital opened in December 2006. The Batson Children’s Hospital opened in 1997; the Wiser (Women’s and Infants) Hospital in 1999; the Conerly (critical care) Hospital in 2001. Other construction included:

The Medical Center is undergoing a major new phase of construction, with state funding in hand to build a new School of Medicine. Construction began in January 2015. Construction of a new translational science research building and a third parking garage began in the summer of 2014.

About Mississippi and Jackson

Discover the scenic state that is legendary for its hospitality and warm, friendly people. Wherever you travel in the state, from the Hill Country to the Coast, from the Delta to the Heartland, a genuine southern “welcome” greets you at every corner. Mississippi’s landscape is only one example of the diversity that you’ll find within its borders. It is home to excellence in the arts, technology, commercial ventures, healthcare advances, and a commitment to educational achievement. It is home to a broad range of enterprises including casinos, ship- building, service industries, agriculture, commercial fishing, and manufacturing Mississippi has produced a diverse multitude of prominent talent including William Faulkner, Eudora Welty, Leontyne Price, John Grisham, B. B. King, Walter Anderson, Faith Hill and Morgan Freeman, just to name a few.

Mississippi is home to a wide array of music, artisans, museums, art galleries, theatres, and every type of delightful cuisine imaginable. It is also home to celebrations of its numerous ethnic backgrounds and cultures with festivals and special events all year round. Whether you prefer the country or city living; golfing on championship courses or sail boating on Jackson’s 33,000-acre reservoir; attending the International Ballet Competition held in Jackson or wandering through a museum or historical site; Mississippi truly has something for everyone. Majestic trees, fresh air, short commutes, and a lower cost of living can all be found in this lush, beautiful state where everyone is considered a neighbor and hospitality is a lifestyle.

There’s no better way to sample the South than Jackson, Mississippi. A blend of the old and the new, Jackson offers glimpses of the past while looking ahead to the future. From fabulous history, art and science museums to world-class exhibits and performances, Jackson is a secret full of surprises.

Mississippi’s Capital City is conveniently located at the crossroads of Interstate 55 (north-south) and Interstate 20 (east-west) in the heart of our “Hospitality State.” As the center for the Metro Jackson area, home to more than 425,000 people, the city of Jackson is steeped in history, music, performing arts, sports, and our truly Southern way of life.

Although less than 8,000 people lived in the Jackson area at the turn of the century, its population began accelerating rapidly after 1900, and it is now one of the dynamic growth areas of the Sunbelt. In 2009, the population of the Jackson metropolitan area rose to 537,285. It is a major distribution center with a prime location equal distance between Memphis and New Orleans, north-south, and between Dallas and Atlanta, east-west. The city is conveniently located and is a three-hour drive from Birmingham, New Orleans, and the Gulf Coast.

Eleven hospitals, including the University of Mississippi Medical Center, provide diagnosis and treatment for nearly every possible physical and emotional ailment. Every major church denomination is represented in the city and there are more than 400 houses of worship scattered throughout the 105 square miles of community. An excellent public and private school system is an integral part of the area, and seven colleges and junior colleges are located within 15 miles of Jackson’s center.

Jacksonians are extremely proud of their famed southern hospitality and quality of life. Community support is strong for the Mississippi Symphony Orchestra, the Mississippi Opera, New Stage Theatre, and a minor-league professional baseball team, along with the Mississippi Museum of Art, the Natural Science Museum, Agriculture and Forestry Museum, and the Smith- Robertson Museum and Cultural Center, the Old Capitol Museum, and other venues. The Mississippi Children’s Museum opened in late 2010. Jackson is the United States host city to the International Ballet Competition every four years.

Jackson is a city with wonderful citizens, who provide the energy to meet today’s challenges and to make Jackson one of “America’s Most Livable Cities.”

Housing:                     Live a few minutes from work so no traffic; Many developments available with choice to live on the lake; Many new developments under construction,; affordable country estates; Premier houses at $500,000+; Housing community by the Country Club of Jackson; $1B-$2B dollar planned communities in process with town centers to include a marina, night life, community living and walking trails at developments such as Harbor Walk (www.harborwalkms.com) and Lost Rabbit (www.lostrabbitsms)

Restaurants:               400 to choose from, Many upscale restaurants to include Julep which was rated by Southern Living magazine as one of the best Southern restaurants; a Japanese restaurant that CA doctors have said is as good as in CA; Chinese, Mexican, steakhouses, Seafood Revolution, featuring chefs from New Orleans